I'm showing my age again but Blockbusters was a TV staple as I was growing up. Today's letter is T for the train of thought, which I keep losing at the minute. So this month's post is a jumble of randomness that I need to get out of my brain, otherwise, I won't be able to concentrate on actual things that need to get done.

I have just enrolled in the fabulous Dre Beltrami's membership 'Brandishing You' honestly this woman is just awesomesauce for all the things branding. Dre is the reason I allowed myself to swear on my own website rather than being a plastic barbie doll version of myself, I have been stalking her for YEARS the second I saw the course notification pop up I crossed my fingers for 'in budget' pricing (it was) and dived right in.

So in the coming months, I expect things will change around here a fair bit, apart from the swearing that stays. It's an intrinsic part of myself along with the OCD, migraines and other things I won't mention here.

I'm so excited to join her and all the other people in this challenge.

Yes, this is a Honda CBR600F, yes I'm a Kawasaki fan girl but I've done the lime green and black website before (back when my business had a different name) I wanted something bold and in your face and a touch girly (only a touch) I nearly bought one of these a few years ago, but the owner had done a shitty respray job on it and the cost to get it back to its natural state would have been more than the bike was worth so I passed.

But that jelly mould <3 and it was perfect for my short-arsed self *cries in frustrated biker*.

Finally the end of my allergies! This year I've basically been in a lockdown of my own making due to the severity of my hayfever this year. Was it just me or was the pollen extra vicious this year?

I couldn't see half of the time, breathing, well not without a death rattle wheeze on top and the constant sneezing. The concoction of medications I was taking to just get through the day was scary. Leave the house, heh, I'd rather stick a fork in my eye!

The best thing about the spooky season in my new house is the distinct lack of children \o/ huzzah, no more kids turning up in a bin bag demanding sweets. I don't mind trick or treating but at least put some effort into it for fuck sake!

Though I do miss some of the kiddos I had known over the years at my old place, Pudding was famous if they didn't see him when they knocked on the door they were delighted when I informed them he was filling in for another witches cat that evening, flying around causing mayhem. The funny part of that is Pudding absolutely despises children he hisses at them and everything.

The Golden Child aka Rasputin

Rasputin has been going through a destructive phase shredding everything, and I'm an avid note taker (I don't learn things if I don't write them down) so many of my notes became fodder for my golden child/demon.

He is too intelligent, I think most of my cats are, to be honest. 'Hello, I'd like one order of a dumb cat please'. My house is like an episode of Pinky and the Brain, but with cats and they are all 'the brain'. So I did what every self-respecting cat owner does, I threw money at the problem, and thanks to amazon prime this glorious toy arrived the next day.

I was so proud of myself thinking this would keep him entertained and he would have to show me how intelligent he really was to find all the treats hidden under the leaves and in the pots. I figured we would get a few hours of him trying, failing and probably walking off in a huff.

Well, fuck my life it took him 15 minutes to figure it out and get all the treats. It took me longer to set the bloody thing up and add the treats to it! He still gets excited when I add treats to it and set it on the floor and he has to work for a solid 5 minutes to get the goods, but I was hoping for more of a challenge for him *sigh*

Thank you for another episode of stepping into Sam's brain, I'm sorry it can be a bit of a confusing mess. I'm actually planning some posts regarding the joys of being a web designer/developer later possibly stories from people I know will be included in that. It seems I dare to share this random bullshit on my business website where many others wouldn't *evil cackle* I don't really know if thats good a bad. One day i might set fire to all of this or move it out of sight if I decide its a bad idea. 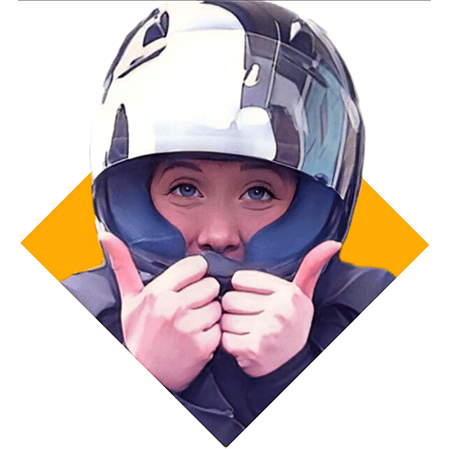